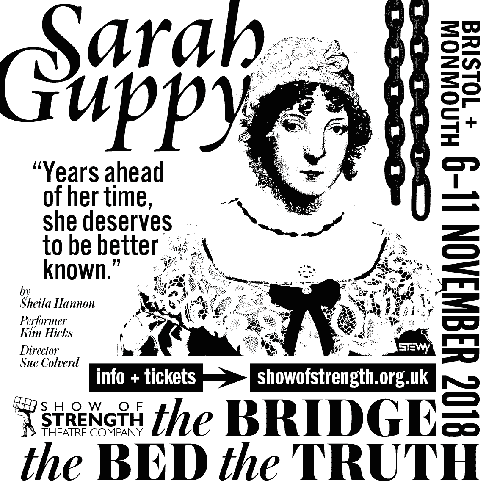 Sarah Guppy: The Bridge, The Bed, The Truth

The Ove Arup Foundation has recently announced support for a new play about an inspirational female engineer from the 19th century.

The new play performed by the Show of Strength theatre company is about an extraordinary female engineer who lived in Bristol and patented a bridge in 1811 and an ‘exercise bed’ in 1831. Sarah Guppy seems to have been the first woman to patent a bridge, and possibly the first to formally design one. Yet her achievements have been ignored, marginalised, patronised and dismissed as the lowly efforts of a mother-of-six who didn’t design the Clifton Suspension Bridge.

The Show of Strength theatre company believe this the time to put the record straight and 2018 – Year of Engineering and Centenary of Women’s Suffrage – is the year to do it.